You are here: Home > Resources > Travel information
Discover how to get to and around the capital.
As one of the best-connected cities in the world, London’s infrastructure is perfectly suited for business travel. With a 24/7 transport network and wifi widely available, it’s easy to find your way around. And when in doubt, it is often just a short walk to the next venue.

Save time on group orders in London

As an official Transport for London (TfL) distributor, the London Convention Bureau team can help you organise group Oyster cards ahead of your event, saving you precious time. A card costs £5, doesn’t expire and comes pre-loaded with your chosen amount of credit, so it’s ready to be used by your delegates. A minimum order of 50 cards apply. Please allow two months for this process.

Take advantage of this offer – get in touch with us.

Choose from one of London’s six international airports or arrive via the high-speed Eurostar.

Fastest journey times to the centre

For many business travellers arriving from mainland Europe, the Eurostar represents a fast, efficient and often cheaper alternative to flying when organising your corporate business travel. Group travel can be made extra special by hiring a whole carriage. Explore Eurostar’s group travel page.

With nine zones and 11 colour-coded lines – the oldest underground system in the world is a brilliantly efficient and easy way to get around the city.

For late-night events, delegates can benefit from the Night Tube.

Find your way around the capital with this helpful guide to accessible and wheelchair-friendly travel.

Thanks to the Elizabeth Line, travelling in London is set to become much easier. From Heathrow Airport, it will take only 28 minutes to get to London’s West End, 34 minutes to reach the financial district of the City of London and just 43 minutes to travel to some of the capital’s biggest event venues, including the ExCeL London and O2 Arena.

Find out more on Crossrail – one of Europe’s largest construction projects.

Other ways to travel around London 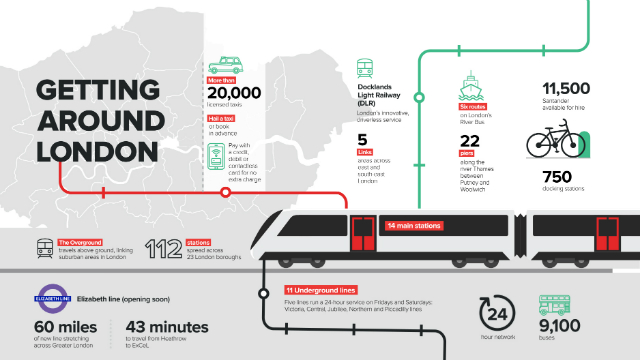 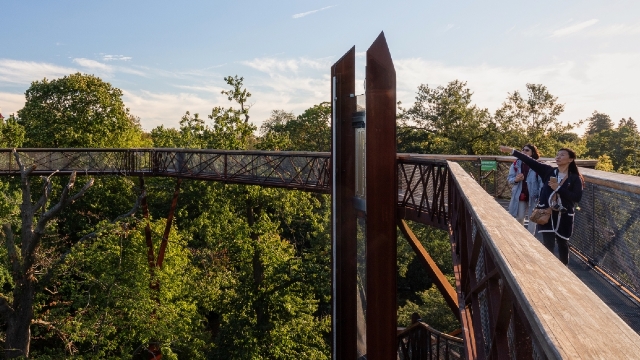 Make your next experience in London a sustainable one.

Our team offers free, expert, impartial advice and we’re here to help you.